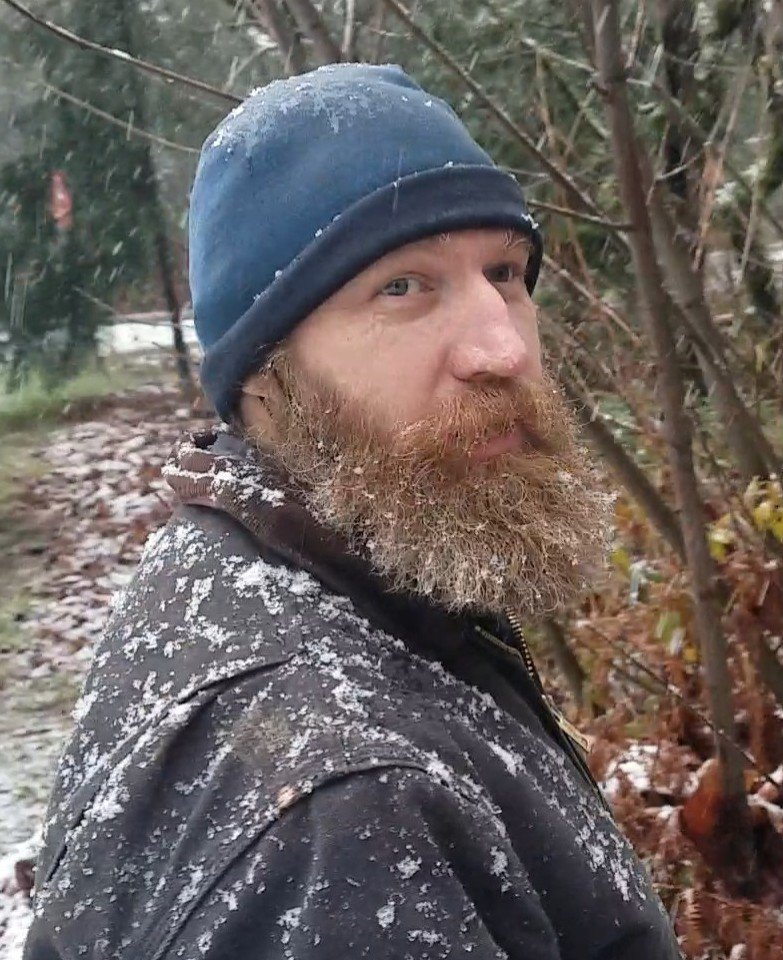 Tyler and I met on MySpace in early 2004. We started off as friends who liked watching movies & talking politics. By the summer of that same year we became a couple. We became engaged in 2012 and in 2015 we married under an oak tree in a backyard ceremony at his mother’s home.

Tyler is a cult survivor. He was raised in the cult, attended schools run by the cult, and funneled into the cult’s service upon reaching adulthood. While working for the cult he was committed to forced labor. Tyler was working in extremely unsafe conditions constantly. One day he was seriously injured and blinded in his left eye. It took a couple more years before Tyler was able to escape the cult permanently.

Tyler loves our dogs, works hard as an electrician, enjoys cooking & video games, lifts weights, and has a movement practice centered around mace & club swinging. He also has a glass eye and a magnificent beard.